Maria Bauer, who is a mechanical engineer with a degree from TUM, joined APRICOT beginning of November 2019. She works at the associate professorship of biomechanics of TUM, which is led by Prof Lieleg and mainly focuses on biopolymers and bio-interfaces research. Here, she concentrates on developing the coating and selecting the most suitable lubricant for the APRICOT® implant. TUM is also supporting UTWENTE in defining an appropriate fixating system.

Pardis Farjam acquired a degree in mechanical engineering at Shiraz University and a master’s degree in Biomedical Engineering at the Polytechnic of Milan. She also joined APRICOT end of 2019 and works with Prof Bart Verkerke at the department of Biomechanical Engineering at UTWENTE. Pardis’s work focuses on developing a novel, minimal invasive fixation for the APRICOT® implant, which means she will be contributing to the design of the anchoring system, evaluating the biological interaction of the APRICOT® implant, developing an implantation strategy and designing specialized surgical instruments.

Dr Charles Burson-Thomas is a research fellow in the Bioengineering Science Research Group at University of Southampton. Being recruited at the start of APRICOT, he has supported the technical development of the implant, leading much of the modelling effort thus far, as well as assisting with the project management. Naturally, he works very closely with the coordinator, Prof Browne. Prior to APRICOT, Charles worked as a graduate engineer and high-school physics teacher, before undertaking a PhD at University of Southampton. His PhD was a mixture of tribology and experimental mechanics, focussing on the wear of jet engine fan blades. Charles has enjoyed applying the skills he developed during his PhD, as well as learning new ones, as a post-doctoral researcher on APRICOT.

Theresa Lutz is a biochemist who holds a Bachelor’s degree from the University of Bayreuth and a Master’s degree from the Technical University Munich (TUM). At TUM, she started as PhD candidate in the laboratory of Prof. Lieleg in early 2019 and joined the APRICOT project in July 2021. For APRICOT, she focusses on bio-adhesive films for short-time fixation of the APRICOT ® implant to the bone/cartilage.

Maria Stagno Navarra has an MEng degree in mechanical engineering with biomedical engineering from the University of Southampton. She is currently completing a PhD under the supervision of Prof. Browne at Southampton, researching methods of manufacturing bone analogues using additive manufacturing (AM) techniques. Maria will apply her AM knowledge to help the APRICOT project as well as managing the social media accounts with fellow young researcher Tinashe Munyebvu.

Mike Godfrey is a post-graduate researcher, supervised by Prof. Martin Browne in the Bioengineering Science Research Group at the University of Southampton. His PhD work focuses on novel treatment solutions for degenerative disc disease in the spine, but he also supports the experimental side of the APRICOT project. This includes mechanical testing and implant characterisation using methods such as optical and scanning electron microscopy. Mike enjoys synergising theoretical and empirical methods to solve engineering challenges and aims to use this approach to help advance the APRICOT project.

Tinashe Munyebvu has an MEng degree in mechanical engineering with biomedical engineering from the University of Southampton. Her PhD project (supervised by Dr Alex Dickinson, Dr Cheryl Metcalf, and Prof. Martin Browne) involves integrating a public-centred approach for the generation of computational models of the human hand to assess the key characteristics of hand degeneration. Tinashe supports the APRICOT project’s patient and public involvement efforts by designing and facilitating activities that aim to address the patient perspective of the novel device. Due to her passion for public engagement, Tinashe also manages APRICOT’s social media accounts with fellow young researcher Maria Stagno Navarra.

Manuel Steck is a medical engineer at the Fraunhofer Institute for Manufacturing Engineering and Automation IPA. After obtaining his M.Sc. degree at the AO Research Institute (ARI) he worked for several years in the R&D of spinal implants. In April 2020 he joined APRICOT to pursue new challenges. Manuel’s work within the project focuses on the material selection as well as the exploration and implementation of a manufacturing route for the new implant concept. This includes replication and connection techniques as well as the incorporation of coating and fixation strategies into the manufacturing. 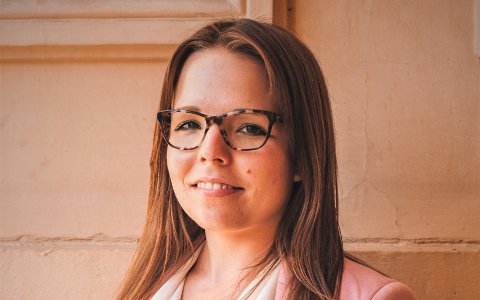 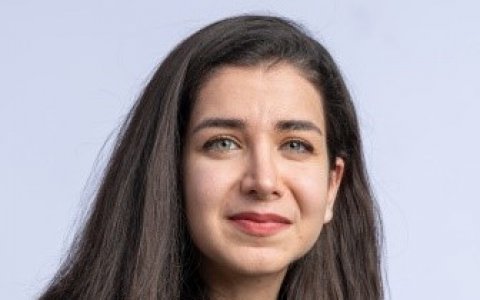 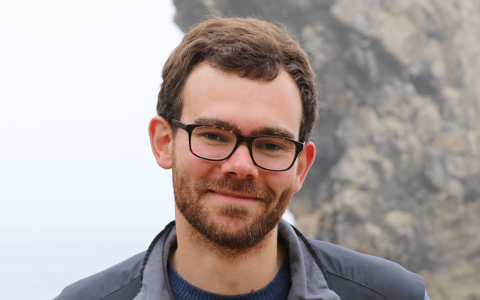 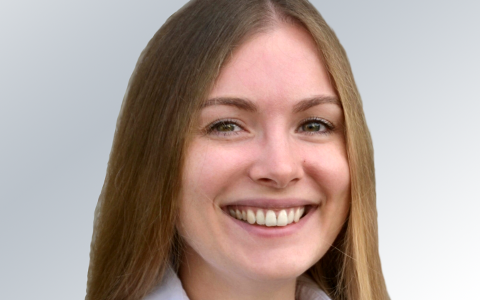 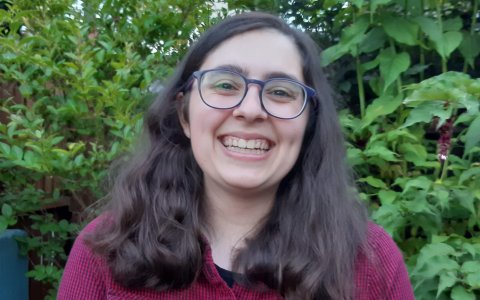 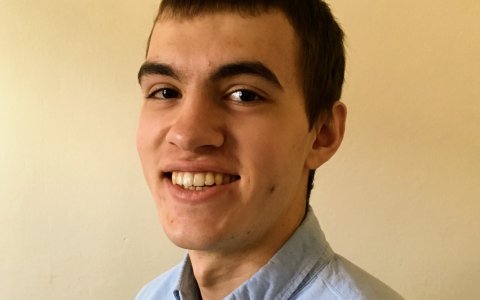 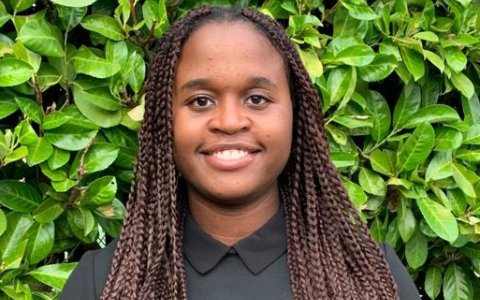 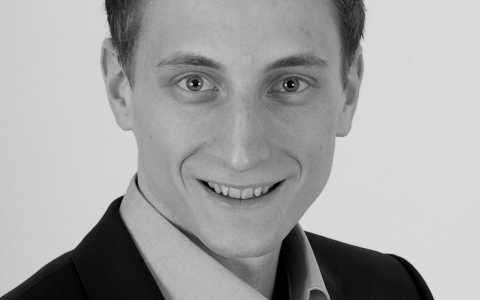 Hi, my name is Gloria and I have been taking part in a hand arthritis public involvement study. My symptoms are reasonably mild compared to the others involved, but they still impinge on my daily life. It is mainly in damp weather when I get sharp pains and swelling. This response mainly occurs in my thumbs, but also my fingers and wrists. The reason I decided to get involved in this study was that I already attended an exercise group run by the Senior Saint’s Foundation then, Tina and Charlie came along to one of our sessions and they were impressed by the attitude of the participants. We do not let anything get us down for long and we try to keep as fit as we can with all our various ailments; arthritis being the biggest one.

This public involvement study has been really interesting as I did not even know that there was already a surgical procedure for the hands albeit more invasive. I also found out that there are physio exercises you can do as well to help mobility in the hands.

Seeing the work being proposed to try to make this surgery more simplistic has been an eye-opener. Having input about our feelings towards arthritis and what we do to carry on normal life has felt like we are at last being listened to as well. I hope that more input from the patients will be taken into account as well in the future.

Tina and Charlie who were running these sessions were quite surprised by some of the things that are affected by arthritis and what we have to do to overcome it. Simple things we take for granted like sewing, writing a letter, opening those childproof caps, or trying to. Even gripping a bread knife or picking something up, when we are in the throes of a flare-up can be nigh on impossible.

Rather than keep taking anti-inflammatory and pain killer tablets, which merely mask the underlying problem, a simple but effective surgery at the early stages would be preferable. This is not something that affects just “older” people; some as young as 14 have been diagnosed with arthritis. The sooner it is diagnosed and the sooner a simple surgery to help, without removing good bone, can be performed, then a better quality of life can be had.

If this can be done under a local anaesthetic, all the better, as there is no long recovery required and you can be in and out in a day. If it has to be repeated in 2,3,4 or even 5 years down the road then so be it, it’s better than trying to cope with the debilitating effects of arthritis.

As I said before it’s not just an older person’s disease and it should be taken more seriously in the early stages so as to nip it in the bud. So many people could be helped with the possibility of this new procedure and by using what we already have in the arsenal like physiotherapy, nutrition and diet to help with flare-ups. For example, some people are affected by the acidity of say “tomatoes” so ensuring you are eating things that do not cause your flare-ups is important.

I have been suffering from osteoarthritis (OA) in both of my hands since I was in my early thirties. Then I was finally diagnosed, here in the UK, when I was aged 40. I met Tina and Charlie in our Senior Saints Foundation exercise group when they came to talk about their project with us. I told myself “I hope in the future there will be a discovery they can make for alleviating the pain of OA of the hand and wrist”. Before we started our exercises, they asked questions about what it is like to live with OA. We shared things like what we have to do to ease the pain, including things like doing exercise, as well as the different foods that make OA pain better or worse. Then I was so enthusiastic to learn about their project and be involved with it further that I told them if they need more questions answered or if I can be of help to let me know. Charlie said he will be contacting and sending us an email in the future so that’s how I was involved with this project.

Our PPI sessions were interesting. It was fun sharing our knowledge and experience and interacting with researchers who are quite knowledgeable about their projects. The sessions also involved giving our opinions on the APRICOT project, mostly regarding the choice of treatment and whether to use local or general anaesthetic for such procedures. There were interesting bonus questions Charlie asked us in our last meeting. For example, we were given an example scenario of different treatments, along with their pros and cons and asked which was the best choice. All of us agreed that the third option was the best for us. This option would remove the pain and get the joint moving but might fail more often. If option three doesn’t work then you can still have option one which is an implant that removes pain but feels different because it doesn’t restore natural motion.

Tina’s PPI group was not only interesting but very informative especially in the way that she took notes and put them on the Jamboard. She was so very organised and her excellent technical skills with the computer meant that any points we made in our discussion were quickly put on the screen. During our PPI sessions, we covered different things related to the general awareness of OA of the hand. For example, we talked about the lack of information about the possible joint replacements for OA of the hand. Our group also mentioned that exercise is very important for the self-management of pain. It helps to build up strength and to prevent more stiffness especially as we use our hands very often. Another thing mentioned was that our hands have many joints and the joint structure is very complex and moves in different directions. We also covered treatment awareness and possible interventions for relieving pain.

For me, public involvement is important because you are getting all the information directly, not from books, journals, or other research but from the patients with OA pain of the hands. Unlike OA in other parts of the body, I didn’t know there were more studies, research, and treatment for OA of the fingers and hand in which is more debilitating because our hands are more crucial for us to function and do certain things with. 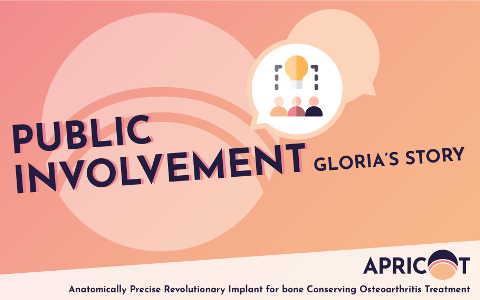 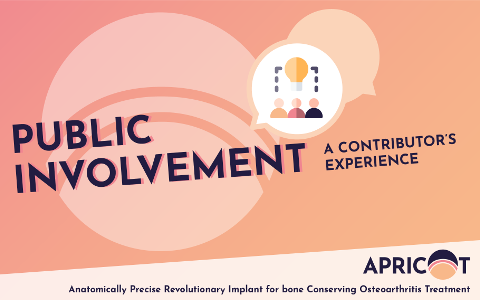